Although Canada has the third largest renewable freshwater supply in the world, it should not be wasted.  A lot of water is used in Canada and, based on total water withdrawals (including industry, households and agriculture), has the second highest water use per capita with the United States being higher.

According to Statistics Canada, household water use has declined in Canada from 2005 to 2013.  This results in a litre/person/day (L/P/D) drop from approximately 330 to 250.  However, it is noted that the per capita usage served by public water utilities in Prince Edward Island is higher than the Canadian average.

According to the Government of Canada, in 2009, Canadians households that were metered used 73% less water than households on a flat rate.  When the City of Charlottetown set its flat rate for 2012, it was based on a family of four with a water usage of approximately 477 L/P/D.  With the introduction of meters, water usage dropped.  Both Charlottetown and Stratford have seen these decreases and, based on consumption, 100 L/P/D is not an unrealistic goal for water customers.

Challenge yourself to have your household achieve the goal of 100 L/P/D.  We would love to hear from you as to how you have achieved this goal.

How much water do we use? 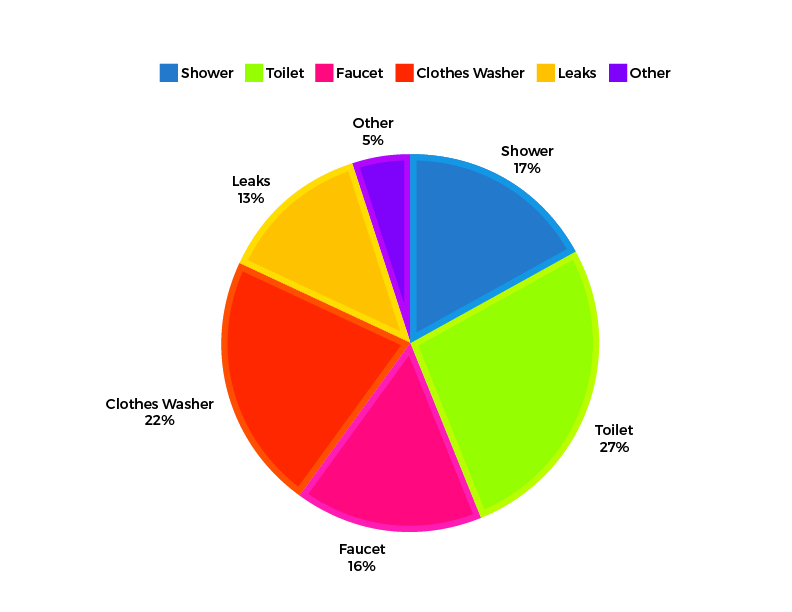